It Actually Was A Train; or Why I Should Start Paying Attention to Stuff

All right, here's the truth: I have been colossally un-self-aware recently, and have managed to largely fuck up the holidays and my personal life. I'm quite stunned at myself. It's not often I screw up so many matters at once! I mean, one thing, yes, maybe something stupid, like how I left work exhausted a few weeks ago and crossed the train tracks on my way home oblivious to the fact that all the lights were flashing and the gates were coming down. I casually turned my head as I crossed and A GIANT WHITE LIGHT WAS BEARING DOWN ON ME. Although this worked better than a double espresso, I don't recommend it.

Having survived my own stupidity, I apparently decided that my physical well-being was not enough, I had to fuck up relationships and the health of others as well.

A very magnanimous angel is whispering that certain things aren't my fault, but I did set events in motion. And besides, what's a pity party without a mountain of guilt? Molehills, stinkaroony! I can't justify drinking massive amounts of cheap zinfandel if I don't feel awful about loads of things.

Here's another truth: One glass is enough. I'm drunk on two. I sometimes wonder how I can call myself a writer when I can't even get past two drinks. The number of dead writers who would shun me grows.

I said to B once: It would be easier if you loved a simple woman. Not one so fucked up.

I've known a lot. Mostly, I would say we aren't. Crazy, that is. That our half of the species is gorgeously, supremely intelligent in ways that the other half just doesn't understand, but that luckily, they are willing to try to appreciate. But there are bad apples in every lot, and I think I'm one! At any rate, I'm a bad apple to myself.

I asked a friend a question about self-awareness recently. His answer was subtle and mind-blowing and divine. But not what I was looking for. Which was, I'm afraid: Do you think I'm really nuts?

Who knows. When you don't even know the question, then you are hopeless.

I don't have a set date for when I will start attempting to fix these problems. Or if I will. Right now, I'm stuck. And this is taking time out of my forty years of writing.

Okay, I'm officially ignoring myself for the rest of the evening and writing about pirates instead.

Etched Offerings, an anthology of pagan fiction, is now out! I'm very proud to once again be working with Misanthrope Press. You can find my short story, "The Black Oak," inside:


Deep in the ancient forest, the Black Oak waits. Wren is coming, but she's not alone--her Guardian, as always, is at her side. All is not as it seems this damp, cool spring, and when the doorway is revealed and shadows lifted, Wren will find herself alone with the Mother. Will the Black Oak accept her and what she brings? Or will she the last of her line to stand in the presence of an Ancient One?


Dip your ladle into this cauldron of new fiction of, and for, the Old Ones, offered both to the gods and to you by nineteen authors, some well-known and some brand new, each with a distinct voice and style, and each with a very different story to tell. Read of ancient offerings, modern magickal crime fighters, and ordinary people finding a bit of unexpected magick in their everyday lives. The stories in this volume are as colorful and varied as the gods themselves, ranging from fantasy and horror to literary and even alternate history. There’s an offering here for every god—and every reader as well!


Etched Offerings is available as an e-book for half-price through Monday, Dec. 19! Use code ZY82C. 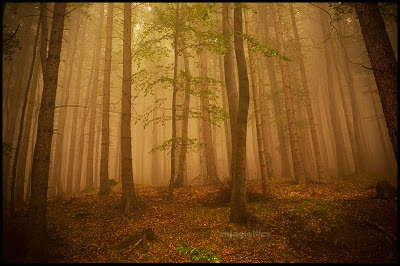 Microfic: The Artist; And Why I Am Sometimes Ashamed of What I Write


The Artist
And now a body has been found, completing the palette. These are the colors of madness, says Inspector J. But no, he is wrong: these are the hues of things lost and found, and in the great karmic rally, something else is now lost. I, alone, understand this.
When Inspector J finds me, he will know this in his losses, tallied to equal mine.

I get tired of all the serial killer fics written in first person. And yet, I write them. I sometimes feel shame in what I write, and only hope that I find some new way of relating the cliche.
Because the attempt to write something totally new, never seen before, well, that is an exercise in futility. Perhaps, in the end, one can only hope to make the old seem new again. It's not likely I will do this, but I keep making the attempt. I get the strength to continue on this odd road by thinking that I might have another forty years to get it right. Which doesn't seem like a lot, and I wish it was four hundred. If there are robots before I die, I'll give one my thought processes and program it to continue on. That's even better. It may perfect the story before it rusts. Or, given its robot brain, come up with something truly new and unique.This is even more hopeful than thinking about writing for another forty years.
If you get a robot, please do not program it to destroy my robot.


Tea Service
Teapots made of platinum — only the sultan could drink from them. And one of his daughters, the precious Alara.
When the sun set and the tea was served, no genie arose — by order of the sultan, no genies allowed within state limits — but Alara closed her eyes and said, “Today, beloved Father, I have married.”
And so the spectre was set free, and howling winds abraded the castle with sand, for the littlelest daughter had disobeyed. In this, revolutions rise, and hangman’s nooses never go empty. 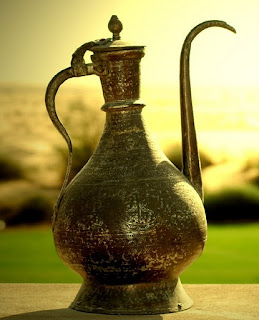 And now back to writing. Rock gnomes smoking basalt pipes, and boscage...

Never Too Geeky for the Internet

YOU CAN GO ANYWHERE YOU WANT TO BUT YOU’VE GOT TO KNOW WHY IS IT THAT YOU ARE GOING. YOU DONT HAVE TO HAVE A GENUINE REASON TO DO THAT


I very much want to reply with: Yes, but you do need a genuine reason for all caps.


Today is probably not the best day for me to be talking to strangers on the internet (really, we're all strangers to one another; also, this existentialist frame of mind is not helpful).


It may be a good day to write. Probably it's a fantastic day to go horseback riding on a snowy trail with my dogs, but I'm sans horse at the moment. I have been considering the merits of a mini donkey; mostly, they are adorable. But their rideability is a check in the negative column.


The other day we watched the extended version of all three Lord of the Rings movies (because 37,000 viewings is never enough), and we noticed some extra scenes. Most of these were left out of the theatrical versions for good reasons, and we have no qualms with the director's vision. HOWEVER (yes, this is a genuine reason to use caps!), the scene where the Orcs flee Helm's Deep after their defeat and go running into the woods should definitely have been left in. THERE ARE ENTS HIDING IN THE FOREST. Dudes, they stomp the orcs. It was a jump-up-on-the-couch-and-shout/fist pump moment. I mean, it's right up there with Molly Weasley hissing, "Not my daughter, BITCH!" (capslock not mine, but the original author's) and totally blasting Bellatrix into the next plane.


Also, just an aside, but my favorite scene in the films is when the elf army arrives at Helm's Deep. I get misty-eyed every time. "We are proud to fight alongside man once more."


If you are still reading, may I suggest Christopher Grant's Quick Fire interview over at Richard Godwin's Slaughterhouse? Pay attention to the stuff about doppelgangers and parallel planes. Deep stuff. Fascinating. Dare I say, intriguing and inspiring?