It's true. I do, on occasion, write something.

I realize my output seems slow this year, but "Only" is now available to read at John Xero's 101 Fiction:

Only
And if a hundred words aren't enough, then just wait a short while: In the upcoming month, "The Pellet" will appear at Jake's Monthly, "Itch" at the Best of Title Goes Here, and "Judith of the Lions" at Three-Lobed Burning Eye. All are short stories with enough horror and fantasy to satisfy all but you gore-festers.

"The Pellet" and "Judith of the Lions" were both nearly a year in the making. I'm very pleased with the quality of the stories, and have figured out that writing slowly and not rushing the words onto the page, along with constant editing, creates the best possible work -- by me. I can't speak for anyone else; some out there turn out brilliance in minutes.

In the meantime, I've got two other short stories that are in the final stages (which could mean another three months, LOL!). And there's the on-going book, which feels like it's already been written, but that's just because it's been in my head for a year now.

Writing bios is hard work. None of mine are factual, by the way. Take them with a grain of salt.

Today Only appears at 101 Fiction. Thank you, editor John Xero.

If you happen to like a hundred melancholic words with your tea, then sip away. 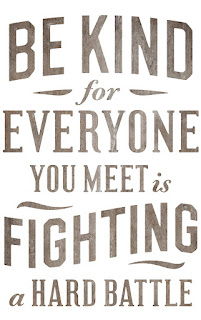 
I try to remember this. For even if I look put together and serene, I am in the midst of turmoil. If the invisible ghosts of our psyche would dissipate in summer sun, all at once, the world would turn more slowly, and none of us would be in danger of falling off.

If you're fighting a hard battle today, may you persevere, may you be victorious, may you fill your mouth with sweet things.

Whether The Elk Knows

On Monday, two little children are switched at birth. The pretty Swedish one goes on to be a film star, a dancer, lover to directors and collector of rocks. The smooth ones, gray and striated. She carries them in her pocket, bits of the outside when she is lying on the couch, unable to get up.

The other one is mud, this girl, holding this or that boy in her arms for a moment, stamping through wooded trails, thinking of all the pine needles and fallen black leaves that go beneath her feet. Of things beyond her vision that chase her through the woods.

They both think of places, worlds where they can zip off their skin and be real. There are four-leaf clovers more real than them! A headless horse who runs alone on beaches and up mountains! They're drinking coffee and debating with themselves the necessary nature of sexual energy; all the while, they can watch stars lifting hairs from their arms, and the moon tweedle-dum in a perfectly blue sky.

Both girls remember building rockets. It was easy, then. The soon-to-be film star drew it over an electrical outlet, in red crayon, shooting up a white wall. For which she was punished. Or wished she was punished. Mud girl stuck a stick in the dirt, wrapped limp weeds around it.

An elk hunt is occurring in one part of the world, and in the other, an art fair. Both are the same, and involve knives and early morning, when the world is black and still and resting in deep, heavy breaths. They look out windows, watching men leave, and drink coffee. They build their rockets again. This time with finesse, with dancing moves that are too complicated to reproduce here. With fingers caked with mud. The outside world, the forest, is inside them, and it's the perfect place to jump off.

Dawn wraps them in a shawl, sorts them out, replaces them with little human children who are still crawling. Now they have found their mechanical inner selves, the alien gears of who they are. One holds it all to her, spins in luxurious convolutions through the sky.

The other girl falls back to earth, called by a dying elk who is the voice of a husband.

Stars explode and on Tuesday, two little children are switched at birth. 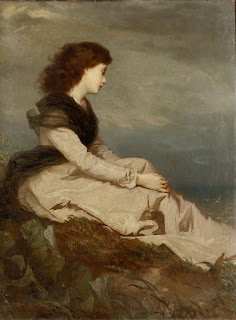