A OneWord microflash: The Watch

I tweet about cephalopods and guns, I write about space detectives unexpectedly delayed:


The watch had a toothy grin. Cal tapped it. The time read: dense.
He sighed. Yet another wormhole. Glancing around, he took in all the cats and crooks and pretty girls, and decided that, for once, he deserved a vacation. Even if it was in a no-space, no-time wormhole somewhere beyond the Milky Way.
Lying back, he watched the universe un-turn, and for the first occasion in decades, he turned his phone off.

Brought to you by today's OneWord. Trick: I glance through one of my favorites folders on DeviantArt before trying OneWord. It puts an image in my head, so I'm not necessarily a blank slate inspired by the word, but I have to put the word with the image.
In other news, no surprise, but the foster dog is staying a bit longer. She needs fine-tuning of her behavior, but she's pretty awesome. We start a training class in two weeks, and in the meantime, I'm getting her a jump on her classmates with basic training. My goal? Not only to get her adopted to a great home, but to make her one of those very special dogs: A poster child for the pit bull breed.


For everyone who discriminates against this wonderful breed of dog, I wish I had a picture of her last Saturday, when we took her to our niece's soccer game, and she was literally covered in small children. Or video of her and my German Shepherd bouncing across the yard, merrily chasing balls for hours and dropping them at my feet. Ooh, vicious dogs! LOL! She's a great little girl.


Now, remember: Despite not writing about cephalopods myself, I will gladly read (and re-tweet!) flash fic about them, if you write some! (hm, pit bull fic, too???) 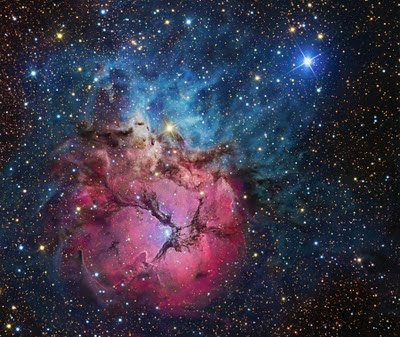 
It's my birthday, but (some of) you get gifts. Chapbook recipients:

Yes, I had multiple copies to disseminate as I wished, and I wished to randomly put names in my *transmission garbled* and these names came up. Thank you to everyone who wanted in. It was nice to see new folks (and sweet! when they said they were here because someone else told them to stop by) and lovely to see a few old friends.

I cannot finish any birthday-related posts without getting on my knees. If you are so inclined, I love drabbles. If I could beg one thing of you, it would be: robots and tigers and deep under the sea and unrequited love and faraway planets with lonely astronauts.

This year, possibly because I am feeling older than ever, I did not declare September to be my birthday month, but kept festivities to three days. Friday, we went to our favorite quirky little cafe for breakfast before going to antique shops and then bringing home loads of baklava for later. Saturday was the Renaissance Festival, and tonight we are going to Wolfgang Puck's restaurant at the MGM Grand. This morning, I was brought roses and french toast. I can't complain.

BUT! This is important! On Wednesday, we are picking up a foster dog from our local shelter. They are re-sealing the kennel floors, and need foster homes desperately for the (currently) 77 dogs. We fostered dogs and puppies for years, but it's been a while. I thought that a short-term commitment of five days would be a good way to ease back into it. We told them that as long as the potential pup got along with dogs and cats, we'd take them. We have no problem with behavioral issues, and nothing stresses us out. Trust me, we've seen it all. Destructive behavior? Not housebroken? Severe allergies? Neurotic? Fence jumper? Hey, we can deal with it.

So! This is the dog we've been assigned:

Her name is Kambry, she's about 2, and on the small side for a pit, about 30-35 lbs. You can read more about her if you click on her name, and remember: She's up for adoption! Kambry needs a forever home, and from what we saw at the shelter, she is AWESOME. Loves other dogs, doesn't chase cats, knows not to jump on people or get on furniture, knows basic commands, and can be extremely gentle with older adults and children alike.

Expect picspam later this week. :) And video, since I just got a Flip.

Have you ever thought about helping out your local shelter? They all need: foster families, volunteers to walk dogs, feed the animals, clean kennels and kitty cages, answer phones, send out thank you letters to those who've donated, and donations of food, supplies (call and ask what they specifically need) and MONEY.

Help out if you can. We've been involved in rescue, both dogs and cats, for about fifteen years. It's incredibly rewarding.

And please, PLEASE, spay or neuter your pet. It is the ethical, responsible thing to do.

Thanks for reading, and thank you to those commented to win a copy of my chapbook. I'll be in touch shortly with the winners.

Deadly Chaps re-released my chapbook, Letters From The Egg Carton, on its one-year anniversary. Free to read online, but also available in a new print version.

Wot! I have copies of this new version? Yes! To give away? YES!

If you'd like a copy, please leave a comment to this entry with your email. Comments are screened and won't be published. Randomly, at some random time this week, I will put names in a hat or my panties and choose one at RANDOM.

And if you love the Short, Fast and Deadly format, a bounty of weirdness awaits in the 2010 "Best of" anthology. Two of the best pieces from each issue alongside that issue's cover. I burrowed my way in there. And again, free to download or available in print.

Jenny Rossi had her own chapbook debut recently with Riches for One, Poverty for Two, which, if I am honest, is way better than mine. She's pretty awesome, actually. My review here. 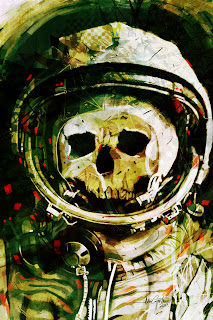 Long Travel in the Universe by javiergpacheco

1. Finished China Mieville's Kraken. Here is a cephalopod art rec, because I needed something to get the taste of suck-ass out of my mouth: Jellyfish and Octopus by reminisense.

I haven't read anything by Mieville before. Despite hearing from many that Kraken is possibly his worst book, and that I should try one of his others, I think I'll pass. I found everything about the book except the cover (which is extremely cool) annoying and horrid.

2. Started reading In the Night Garden by Cathrynn M. Valente. I was in love within mere sentences, and now, a little ways in, I just adore it. I'd never read Valente before either, but people I trust love her writing, and I can see why.

3. Borders is in its last death throes ten days, and I joined the zombie hordes eagerly devouring literary brains on Sunday. I couldn't bring myself to take a picture inside; it was simply too sad. This particular Borders is where I've lingered on many a Sunday afternoon. It's where I went to not one but two midnight-release parties for Harry Potter books (six and seven). It's where I told a young kid to try Bradbury (he was already perusing the sci-fi and fantasy sections, picking up the Star Trek serial stuff) and saw him leave later with "The Martian Chronicles."

People seemed almost giddy, which made it worse. Yeah, I'm glad to see people picking up actual, printed books, whatever the circumstances. But there was a sense of glee among the customers that horrified me. The employees, conversely, were just trudging along. The overall atmosphere was... apocalyptic.

I picked up four books for less than $20. I'm happy about that, because I'm a dead-poor girl who grooms dogs for a living and has a bad, bad reading habit I need to sustain. But the hole that Borders will leave in my heart is huge.

Anyway. The books I bought:

Worlds of Exile and Illusion by Ursula LeGuin (a trilogy)
Zoo City by Lauren Beukes -- an Angry Robot imprint that I've been interested in for a while
Free Food for Millionaires by Min Jin Lee
The Passage by Justin Cronin -- reviews on this were mixed, so I've put off buying it for some time, but for the price, I felt I could chance it

4. Writing? What's that? I write every day. It's usually less than four hundred words. It's scattered material, with no coherence to previous writing. At least it's writing.

That's what I tell myself.

But hey, I got books to read!

Of course, you already read The Rejectionist. But on the slight chance you missed the post with the Epic Gchat concerning books like The Secret History, I am directing your attention to it. Is it full of spoilers? Why, yes. If you have not yet read TSH, read it anyway.

By now, I expect -- as inevitably happens, even when I casually drop mention of TSH -- that people will come out of the woodwork to say things like "OMG, TSH, DO YOU KNOW HOW MUCH THAT BOOK FUCKED ME UP." They usually love it more than I do. Here is my emotional process upon finishing said book:

Me: *slaps book down* *makes noises of disgust* *goes off to write angry email to person who recommended book and sent a copy of it for one to read*
Me, two days later: *grumbles* That fucking book.
Me, two weeks later: JFC. THAT BOOK HAS FUCKED ME UP. *grudging admiration*

And now, two years on, can I say how utterly profound and fucked up this book is? I'm not sure I'm ready for a re-read. It is that wrenching of a read. But it sits in a place of honor -- er, top shelf of one of the many book cases in the house -- and I do heartily, verily believe that everyone should read it. But goeth thou and read Le R's literary chat with Cherie first. Because it shall certainly make one want to read TSH more than this post.


Also, stock up on the gin and tonic and limes. Good sipping while reading TSH.